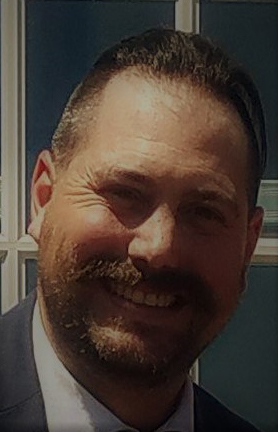 On the occasion the WWE Network airs an hour-long episode detailing different segments of the Monday Night Wars. One episode caught my attention. The episode focused on the strategy Eric Bischoff used to win the ratings war for eighty-four consecutive weeks. Those same strategies would eventually become the downfall of WCW, as WWE would eventually win out and Vince McMahon would purchase WCW from Ted Turner in 2000.

Watching the episode, I began to pay attention to how Vince outlasted the pressures of losing in the ratings, losing top stars, and dealing with the fear of closing. I resonated with his understanding of leadership, and almost immediately, pondered what his example might mean for the church.

Here’s what Vince McMahon has taught or reaffirmed concerning leadership in the church:

1) Do not be afraid to let people leave.

In the mid-90s Vince watched as his top stars, Kevin Nash, Hulk Hogan, Macho Man Randy Savage, Scott Hall, Bret Hart, and others exited WWE for a bigger paycheck at WCW. In every story shared by the men who left, the constant is that Vince was not afraid to wish them the best in their future endeavors. I think one of the biggest fears in church leadership is the prospect of losing membership. We are afraid of people moving their membership from our church to another. Most of the time they move because they are dissatisfied with the direction of the church, the worship experience, or a variation of the two. In my experience, people leave because they are upset about the speed of the change, or lack thereof.

Church leadership cannot be afraid to let them go. If a member’s commitment to the church depends on the worship style or the imbedded traditionalism, it is best to let them go because they have not bought into the mission of the church, and probably never will.

In Failure of Nerve, Edward Friedman writes, “The position most dangerous to a leader’s health is what I call the ‘togetherness position,’ in which the leader feels responsible for keeping a system together.”

We cannot be afraid to let people leave.

Church leadership needs to work to develop younger leadership through partnerships of young and old. In her article on young leadership at leadingeffectively.com, Ellen Van Veslor writes, “Recently we polled our Leadership Insights panel on these questions, asking (among other things) what excited them most about young people in the workforce today and what concerned them most.  It turns out what excites them most about young people is their:  (1) comfort and skill with technology  (2) creativity and fresh ideas, (3) global awareness and tolerance, and (4) adaptability.  At the same time, among the concerns voiced were: (1) the sense of entitlement/lack of work ethic young people seem to have, (2) their lack of ability to communicate face-to-face (3) a lack of decision-making skills, and (4) their lack of learning opportunities, such as mentoring, positive role models, and training.”

Our ability to grow and succeed in the future depends on our ability to provide training, mentors, and opportunities to develop our younger leaders. They need to know our tradition (the living faith of the dead), they need to be free to create new paths with fresh ideas, and they need a community that will invest in their growth.

The decline within the church institution is the result of many factors, and one factor that appears in almost every book or article on the subject is the lack of a shared vision. A vision, Charles Bugg suggests, “limits people’s expectations so that the church isn’t trying to do everything, getting frustrated in the process and winding up blaming each other because members are all functioning with their individual expectations of what the church should be” (Bugg, I’m Trying to Lead…Is Anybody Following Me? The Challenge of Congregational Leadership in the Postmodern World, 83).

A vision not only brings the church’s ministry inline, it helps the congregation to know what they are to be and to be about. If the church’s vision is constantly changing, the vision is never fully shared, and people are hesitant to buy in because they know it will change one week to the next.

WCW’s vision was to beat WWE in the ratings and try to put them out of business. Ted Turner gave Eric Bischoff a blank checkbook, and they began to buy talent. Vince McMahon’s vision was to create an entertaining product that focused on developing new talent with new storylines, and a new product. Vince stuck to his vision and his company/talents bought into that vision. His vision was a strategic plan for the future, whereas WCW’s was for the short term, immediate result.

If I were to sum up in a statement what Vince McMahon has taught me about church leadership, it is this: Trust in your product.

Trust in what you are doing and trust in the journey. Believe that if it is of the kingdom of God, then not even the gates of hell can prevail against it.

Joe Kendrick is the Associate Pastor to Youth and Community Engagement at Spring Creek Baptist Church in Oklahoma City, OK. He is a husband, father, vintage toy and comic book collector. He likes to take long walks off of short piers.